I LEARNT SOMETHING FROM A BANANA 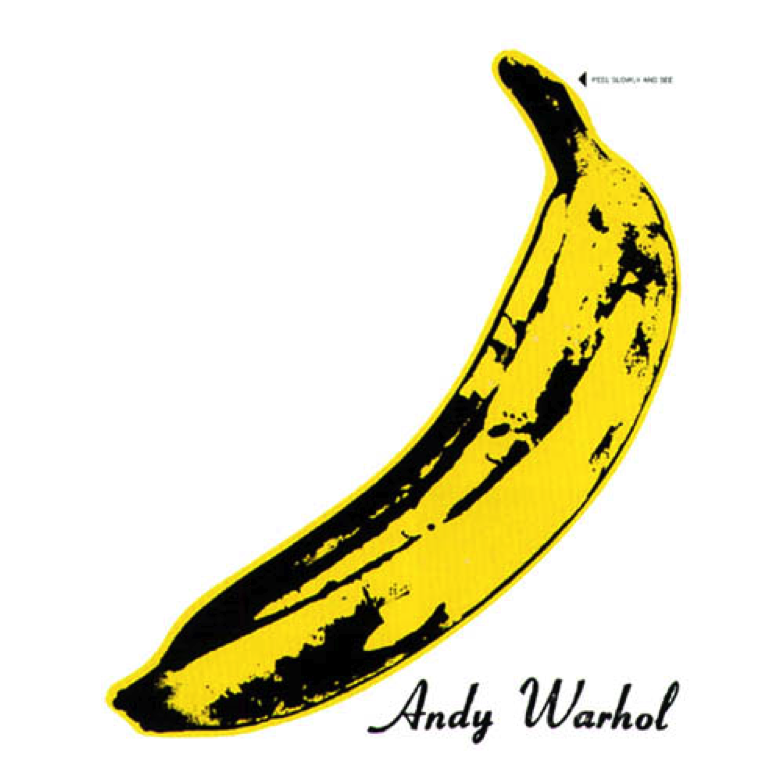 Bananas are delicious. And nutrient-dense. And packed with healthy sugars. And Paleo compliant.

Aaaaand now also… (I never thought I’d say this but… ) bananas are wise, people!!! Who would have thought, right??

Actually, and precisely, I learnt something after half-peeling a banana (I’m not talking about my sexual life, btw).

And no, this note has nothing to do with Andy Warhol and The Velvet Underground, or their renowned album cover collaboration, which included a banana-skin sticker you could peel off… But don’t you just love it when you find the perfect visuals for the message!!! It’s every artist’s wildest dream and ultimate mission in life! I’m having an #artgasm here. 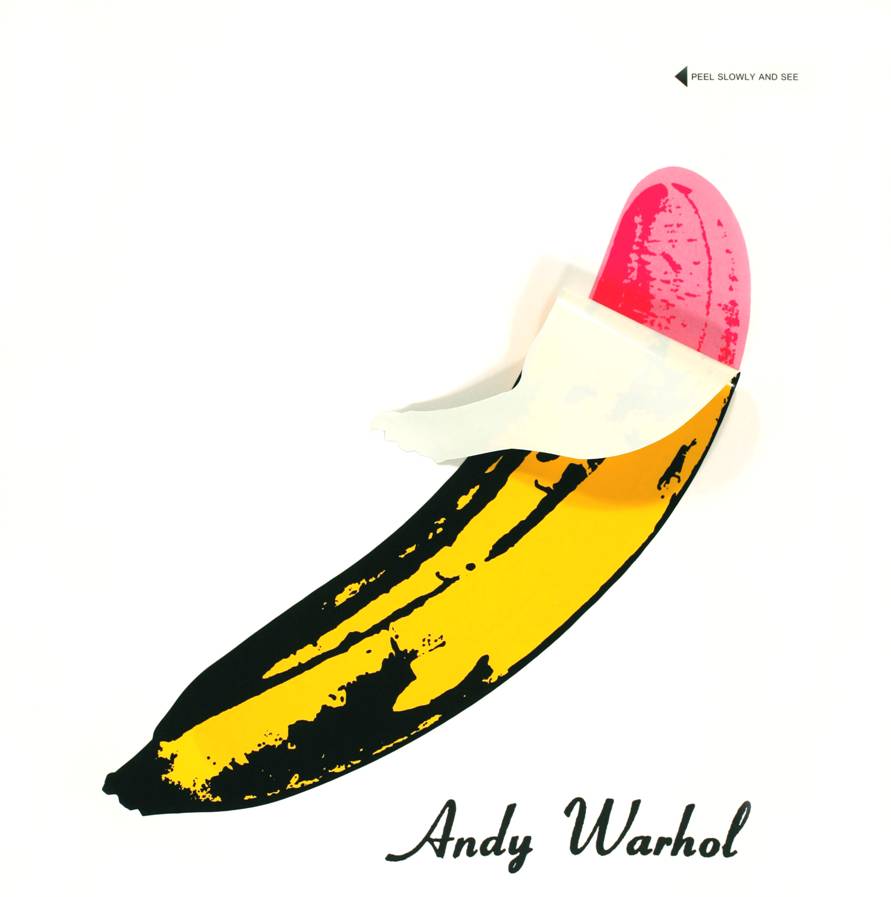 So, back to our subject. Banana skins. It’s a pity I can’t show you a picture, because I was in the midst of eating the said banana when this huge aha moment hit me in my taste buds… So, unless I decide to repeat the experiment just to show you, which is highly unlikely because, as I told you in a previous post, I’m rather lazy, you’ll have to use your own imagination. Which is way better than any crappy picture I could take.

Or better yet, go eat and banana and learn!

So my story begins today, when I decided to have something to eat in the middle of the afternoon. I had just prepared some coconut milk chia pudding and I though of putting some shredded banana in it for an even more tropical flavor. But mainly, because I felt like eating banana.

Now I know it was not so random after all… There’s a reason for everything, friends, trust me. Even for bananas.

So as I said, I was peeling my banana, and realized I wasn’t that hungry, so I decided to stop half way and use only half of the banana, and leave the other half for dinner.

When I came back to finish it, the part of the banana which still had the banana meat attached to it, had a glorious, shiny, healthy look. However… the meatless skin… was some creepy, dark, dry, shapeless piece of blah

OMG, so much wisdom enclosed in that image!!!!! It hit me like a thunderbolt. Right in front of my eyes was such a powerful reminder.

Ok, it was a very obvious metaphor. But what a clue! That half oxidized banana was acting as an in-your-face realization of what our lives look like, and feel like, when we become disconnected from the substance, the meaning, the essence, of whatever it is we’re focusing on.

Fruit meat, my friends, the freaking Meat of Life!!!!

Just like the banana will rot without its outer layer and protective skin – just like our souls and spirit need our human body to thrive and come to life in its full potential – the external shape, what we call reality, the tangible, the vessel, cannot survive without the innermost, essential, nutrient-dense, packed-with-info structure that lives inside. Both worlds can’t, not only survive, but thrive, without that surface of contact; without that web and constant flow of information between them. It cannot thrive without them both working as a tandem with and for each other.

No matter what you’re focusing on: love, sex, money, family, relationships, career… Where are you disconnecting? Where are you taking out the essence, leaving an empty shell, or where are you choosing to disconnect from the more physical, tangible, outer aspects, and work only in favor of what you can’t see, touch, smell, taste?

See, it’s only that kind of balance that will bring us the joy and fulfillment we’re all looking for. It’s working on the inside and taking action in the outer reality too. It’s a constant feeding the shell from the inside so that it can grow healthy and look the way we want it to look, and make renovations and improvements on the shell so that the innermost essence can feel nurtured and safe to bloom in turn… Such a beautiful cycle of life!

And I’m not only talking about the body-mind relationship here, which is of course the core of all our experiences, but I’m also including any project, system or structure, or relationship between elements. They all have an “outer” and “inner” aspect, both of which cannot be ignored.

Take art for example. Abstract art in particular. You cannot only look at a piece of art and see what’s outside it. You see what you see, because inside of it, there’s a coded system of symbols that convey meaning to it, that form its shape. Even if you can’t or don’t want to explain the artwork rationally, your eyes, brain and heart are capturing the whole. Both what’s outside the artwork and what’s inside of it.

The beauty of it all is that one can see the artist’s essence in the artwork. The artist “lives” in it, just like the artwork lives “outside” the artist as an extension and representation of the soul.

But simultaneously, when you as an audience are perceiving the whole in the artwork, you’re also capturing your inner and outer worlds. Your essence is informing what your senses are perceiving – your soul being reflected in the perceived object – as well as the artwork is helping shape your core.

Isn’t this interaction the most beautifully orchestrated co-creation?

Can you see how all these systems have their own – and shared – “inner” and “outers” until, ultimately, it all becomes ONE?

It’s easy to explain this phenomenon with a banana in mind. It gets trickier when you describe what happens in the interaction between an artwork, its creator, and its audience, as the elements multiply. But in the end, it’s all a metaphor for what reality truly is. That co-creational, eternal, mutual feeding system is what it’s all about in this human life and the cosmos alike…

So I’m truly grateful for bananas, because they help me see the Truth in a very simple way, and in the most unexpected moments, and remind me of all this wisdom when I’m probably disconnected and I have just momentarily forgotten.

And I’m very grateful for art, and life, for they provide this gorgeous both sensual and mindful experience second by second.

Wow, I just got very philosophical there…

I don’t know about you but this moment of awareness and awakening has got me tripping all afternoon.

I told you, I learnt something from a banana…

Now, tell me have you had any fruitful (hhhahha, pun intended!) interaction with food or objects lately? You know, the kind of interaction that seems very silly at first, and it starts very small but after five minutes you go like: “Wow! Yes! Wow! Of course! It’s amazing! Makes total sense! This is it! It’s so awesome!! Yeah!!!!!” And then your head explodes and then your heart, and your full body feels the call of a bigger kind of Truth, a fundamental law of sorts unveiling and unfolding right in front of you through a stupid half-peeled banana… And it’s an epiphany, and you want to call a friend, and they don’t get it, but it’s all so mind-blowing??????!!!!

I don’t want to feel alone in this. It’s hard-to-handle-makes-my-head-spin kinda shiz. I WANNA know. The banana wants to know!!!!!! The whole world wants to know!!!! So put your visibility cloak on and show up and tell me the whole story in the comments below. Otherwise, I won’t be able to stop using five exclamation marks in a row… and that’s terrible.

With so much love and excitement,