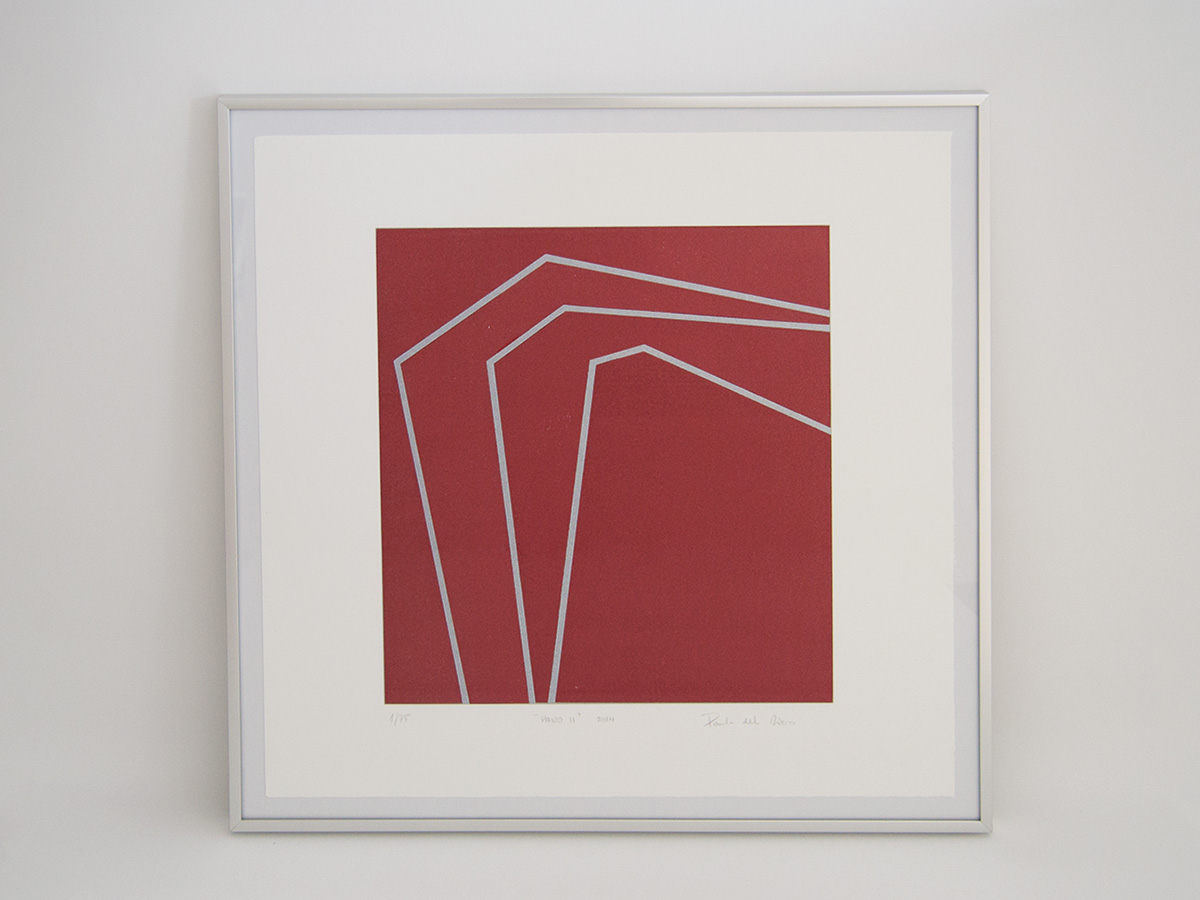 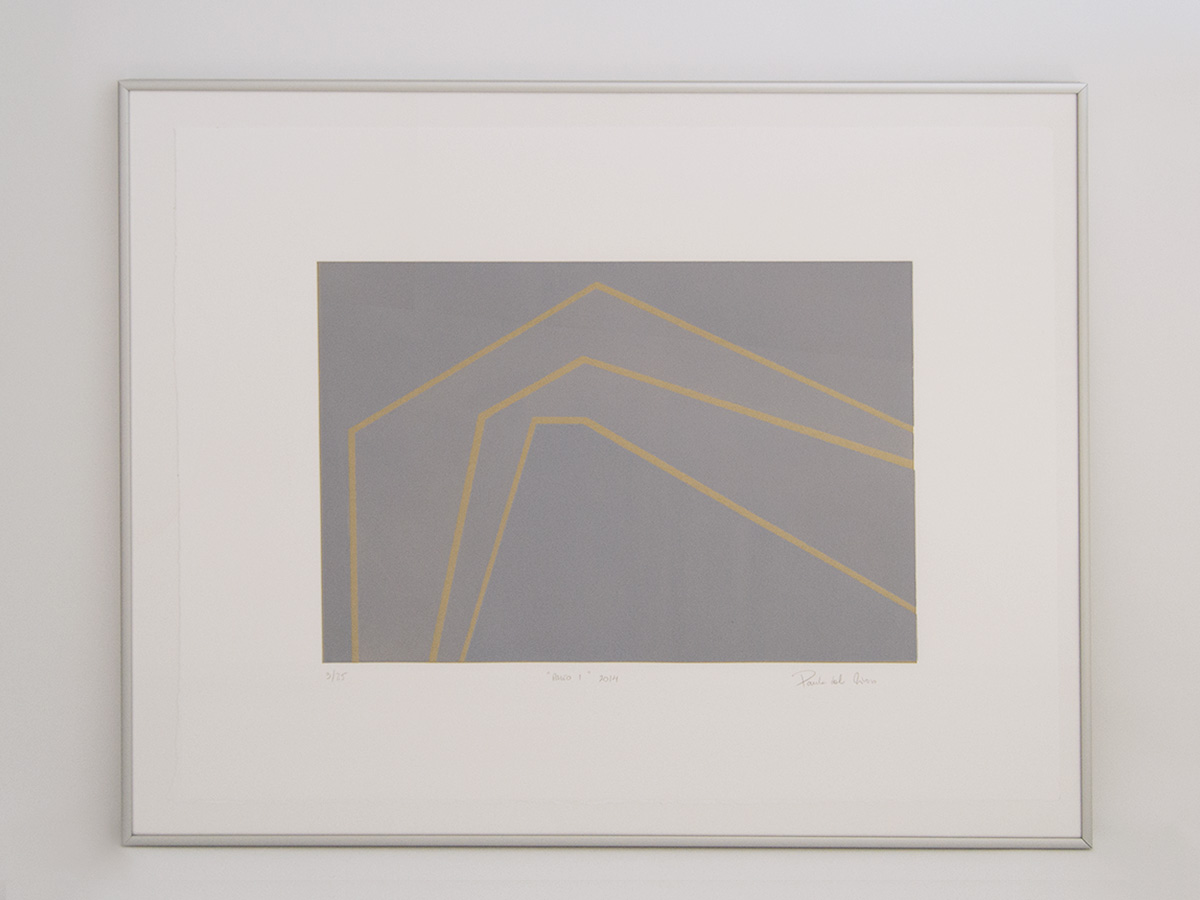 The PALEO series is a set of original limited edition prints combining the techniques of linocut and chine-collé, in which a number of 3mm PVC sheets are rolled-inked and stamped on shimmering metallic paper. Its main characteristic is that the compositions in the geometry follow the Golden Ratio calculations.

This is a series in progress, although the works PALEO I and PALEO II are already available. In February 2015, the piece PALEO I was selected by the MGEC Fundación Museo de Grabado Español Contemporáneo (Museum of Contemporary Spanish Printmaking) to take part in the exhibition XII PREMIOS NACIONALES DE GRABADO (XXII NATIONAL PRINTMAKING AWARDS)

The PALEO series makes reference to primitive, prehistoric times where the origins of humankind are rooted. Our  beginnings, where human evolution started, took place in caves and geological formations which served as refuge.

Not only did our cultural and artistic expressions began there, but the caves also served as a place for enlightenment and sacredness where the natural forces and symbols were honored through dance and fire rituals.

The PALEO series are a travel back to the source of human spirituality, where it all began.

Plato expressed the process of enlightenment through a very comprehensive metaphor in his Allegory Of The Cave. It literally is a path from the dimmed illusions created by the mutable element of fire in a confined environment, to the true source of light, spiritual awareness and universal Truth, where there is vastness and unlimited potential.

It seems appropriate to honor such important process in our evolution and go back to the beginning of such old, ancient times as a way to recover and acknowledge our spiritual human journeys.

Aligning with the earth, its layers and stratums, made of sand and minerals, so full of raw knowledge and energies, where our ancestors danced and played and learnt to be humans, seems necessary in order to access higher levels of consciousness and multidimensionality.

Through the PALEO series, I have aimed to bring these concepts into the modern times in order to project them into the future through geometrical compositions and structures that reflect the simplicity and perfection of the Universal processes of which we as humans are an essential part. Hence the use of the Golden Ratio in their creation.

I will soon post pictures that illustrate how this mathematical geometric relationship has been applied to my artworks. I strongly encourage you to delve deeper in the fascinating universe of sacred geometry and how these mathematical structures and latent patterns are present everywhere in nature (and that includes our human bodies!)

(Click on the images for more detailed information on each artwork and enlarged additional photos.)