THE BEAUTY IN THE MESS 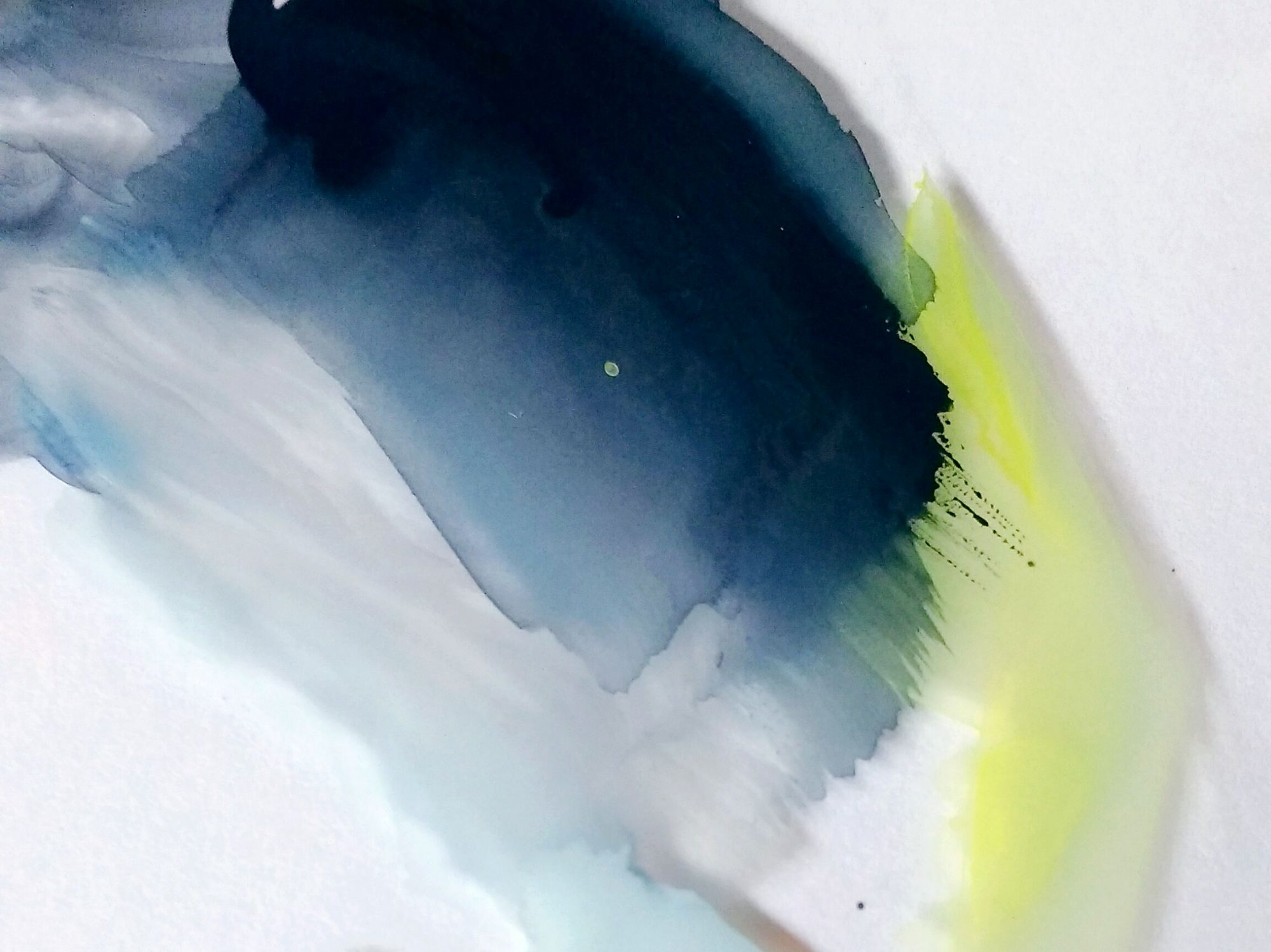 The beauty in the mess or the remnants of today’s painting session.

More often than not, my mixing palette presents some very interesting compositions.

It’s as if two parallel pieces were being created in the same process, but one of them seems to be creating itself, in a lot more spontaneous and unconscious way, which doesn’t make it any less tangible.

As I wrote in an old article, isn’t that what Art is ultimately doing? Creating itself through the artist?…

It embarrasses me a little to acknowledge that it takes a lot more effort to create purposefully, and it often makes me question the role of the artist as a creator. How much do I intervene? To which extent do I have a saying in my own creations? Sometimes I feel more of a ‘channel’ of sorts.

For now I’m settling with the idea that Art is both.

It’s the ease and the effort, the flow and the discomfort, the gift and the challenge.

The conscious creation versus the innocent abandonment to what wants to come through. The delicate balance between those two.

Anyways, back to the mixing palette, I’m starting to view this phenomenon not just as a disposable bi-product of the creation process, but as a formal work by itself, and I’m seriously thinking of starting a series of works around the random formations the process of watercolor painting produces on the mixing palette.

P.S.: I’ve been quiet over here as I’m busy prepping my upcoming first solo exhibition in December. It’s a pretty big deal if you ask me, and I’m equally exhilarated as I am exhausted. Two more weeks to go before the opening. I’ll keep you posted.

Also I’ve got news in the studio front… It’s still taking form after a setback on other pretty big plans I had for that. Adapt or succumb…